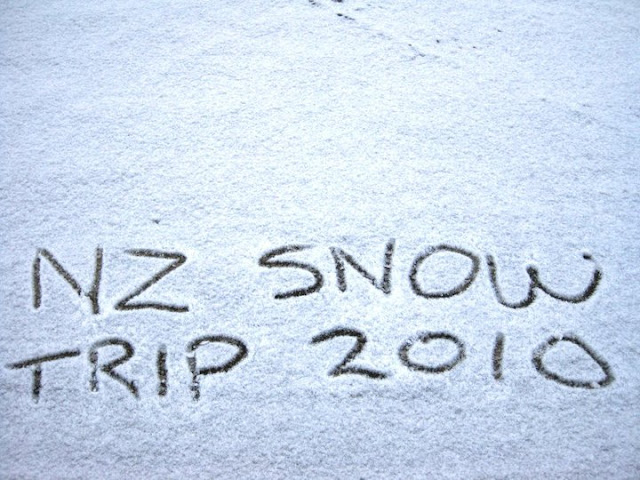 Besides winnebagos, hedges and sheep New Zealand has some really cool places to snowboard. As doing this trip for the second time round i think i have nearly perfected the NZ snow trip.
We had 3 people on the first trip (2008) and 6 people on this one. The saying is true “the more the merrier” however you may struggle to get everyone doing the same thing or up the mountain together.

Getting to and from the airport we used a hire a car from Hertz and Avis. In New Zealand we drove from Christchurch to Wanaka then to Queenstown using the ski package with Hertz which gives you one free lift pass per each day you hire the car. sweet as bro.
If you can try and get the AWD package, when we hired we missed out cause we left it too late to book, this will ensure you don’t need to put on chains when driving up the mountains on icy days.

We flew between Australia and New Zealand using jetstar

wotif was used to book the accommodation in NZ and all places were pretty good except in auckland where we got a futon for one of the beds which was also the lounge to watch TV. either book a bed for everyone in multiple rooms or be prepared to “take one for the team” every now and then (looking back, we did get some funny stories because of it!)
also if you are to use wotif they only release accommodation so many weeks in advance so do your research and get in when the rooms become available to avoid disappointment.
The following accommodation was chosen for each city.
Christchurch YHAWas pretty happy with the YHA. Good location good facilities would book there again.
Brookvale Motelwould also book here again, walking distance from everything in Wanaka, nice rooms etc. Only thing was internet and the hot tub had to be paid for.

Coronet View Deluxe B&B and Apartmentsreasonably close to central queenstown, would consider going back there if it was booked under someone else’s name (“,)
Quest Atrium (Penthouse)nice hotel and good facilities however just a bit far out of town. I would look at booking something walking distance from cuba street next time.
Utuhina Hot Springs Lodgeconsidering the city smells like rotten eggs this place was OK if you like sleeping at your grandmas house. there could be some better places to stay but it had all of the things you need.
Bianco off Queenstaff here was not as friendly as other places stayed and it was such an effort to get a mattress instead of the futon since they are rented out furnished apartments, probably would look at booking somewhere else next time. 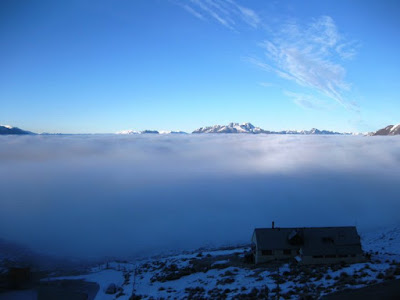 As always i find the best way to manage money in another country is just by working out the currency difference from a currency exchange and withdrawing it using a visa card from an ATM, you do end up paying a cash fee but the convenience is soo good!

Since we had a hire car for the entire trip getting around was easy. I would recommend it since you get to see a lot more of NZ then if you had to rely on public transport or other people.

After checking out a few places to hire snow gear in Christchurch we ended up getting it frommcewings. I would recommend going straight here since they seem to have the latest gear and pretty much brand new! All the other places to be honest were quite rubbish.

Things to see and do

Below is a list of things that we did or would have liked to do, there could be better stuff to do at each place but this gives you an idea.
Christchurch
We found there wasn’t much to do in Christchurch for sight seeing (probably more so now since the earthquake) but the nightlife was pretty sweet. If your going out to party check out SOL Square
Wanaka
Queenstown
Wellington
Wellington was a nice city (i would say it is like Melbourne or San Francisco) we were only there for 1 night and it was a Monday so i could not really say what there was to see or do.
Rotorua

Auckland
Auckland is yet another large city (similar to Sydney) there is a few things recommend such as the sky jump or sky walk.

Note the below prices were split between 6 people but is calculated per person.
Flights to/from Australia = $289AUD (Jetstar)Connecting flights = $40AUD (Jetstar)Accommodation = $661AUD (all places listed above)Car Hire =  $513AUD (including 3 lift passes for the snow fields) + Fuel (Hertz)
Food
Pretty much the same price as Australia. Food on the ski mountains is quite expensive, I would recommend going to a supermarket and buying nut bars or something to snack on while your up there.
Snowboarding
Snowboard and boots hire for 9 days: $177 NZ
Mountain pass for Treblecone: $ 91 NZ
Mountain pass for Remarkables: $89 NZ
Mountain pass for Cardrona: $89 NZ
Mountain pass for Coronet Peak: $$95 NZ
Misc
Zorbing (3 rides): $96 NZ
Thermal park: $30 NZ
Maori dinner + show: $100 NZ
APPROX TOTAL PRICE = 2 Aussie G’s ($2000) + spending money ($1000 for food, partying and random expenses). 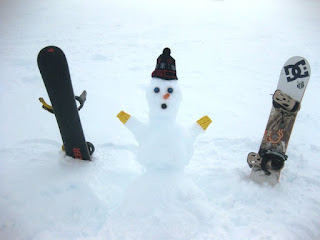 If you’re keen to do a snow trip which is close to OZ but still feels like a holiday i would recommend NZ for sure. I would probably skip driving from Wellington to Rotorua if i went again since it was alot of driving for seeing not a lot. Time frame was definitely squeezed, if your after a slower paced one maybe double the time, fly or skip parts. All in all definitely a memorable holiday! Click the below link for pictures from the holiday!
facebook event for the trip
Posted by Andrew at 16:26