Snowboarding on NZ’s top island is less known than going to Queenstown. If you’re keen to try some different NZ snow this one could be for you.

Getting to and from the airport we used a hire a car from Avis. In New Zealand we drove in between cities Auckland, Hamilton, Waitomo Caves, Mt Ruapehu, Rotorua and back to Auckland
The car was a 2WD vechicle which for most of the time suited (only issue was couldn’t drive up to whakapapa one time due to needing chains and couldnt hire any chains from anywhere close)

We flew between Australia and New Zealand using jetstar

various methods for accommodation was used some we just wrote down the contact numbers and called them on the day, others we booked online using online booking and some we just went in and asked if they had a room.
The following accommodation was chosen for each city.
Scenic Hotel – AucklandNot a bad hotel. Good location good facilities but I think you had to pay for internet.
Ibis Hotel HamiltonWalking distance from everything in Hamilton and there was free Wifi but had to pay for parking.
Skotel Alpine Resort – WhakapapaCalled up on the night and they were accommodating, reasonably priced and close to whakapapa mountain.
Tukino – Mt Ruapehu

Tukino is an interesting place! We did a ski and stay package which was $95 per night which included food (would still recommend bringing some) and a lift pass. Since its hard to get up to the mountain we left our car at the bottom and got a shuttle for $20pp return. The Skiiing was OK but not your usual ski field, nut cracker (not t-bar!!) lifts and the field was a bit icy (could be good if they got fresh powder) with minimal grooming. I would probably recommend bringing some electrical tape to try and save your snow gloves.
Since this is for club skiers  the mountain is operated by a small amount of people who live/work up there. The accommodation is very school camp like and it is expected that everyone pitches in to lend a hand. With that said, the people on the mountain were very friendly and keen to hear about your experiences and travels.
The pro’s are you pretty much get the entire mountain to yourself but the cons are its not a “commercial” ski field with high speed lifts, maps etc
The road to Tukino isn’t sign posted as well as it could be but they do have a sign as per the below. Keep your eyes peeled! 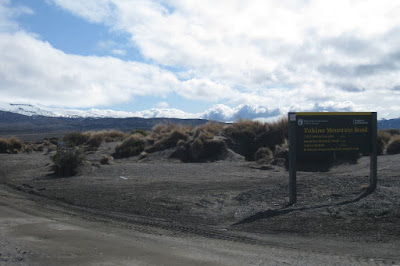 Ohakune Court Motel – Ohakune
Probably the pick of the trip. Well placed in the middle of Ohakune, short walk from the restaurants (one end of town) and the bars (other end). Had spa for after a big day on the mountain, free internet (had to ask for a voucher) and free borrowing of DVD’s. Also was able to see the ski report on a TV channel which was a bonus!
Ohakune seemed like the Queenstown of the north island (though not as big/packed) there was a night shuttle which would pickup/dropoff for $5
Executive on Fenton – RotoruaWe booked this hotel by driving in off the street. Had spacious rooms, breakfast included and a DVD collection (though not as big as Ohakune Court) but the best thing was it had an in room spa and just a short walk into town.

As always i find the best way to manage money in another country is just by working out the currency difference from a currency exchange and withdrawing it using a visa card from an ATM, you do end up paying a cash fee but the convenience is soo good!
Also I recommend a 28 degrees credit card. Some credit/debit cards get declined and most credit cards will charge you a currency conversion fee.

Since we had a hire car for the entire trip getting around was easy. I would recommend it since you get to see a lot more of NZ then if you had to rely on public transport or other people.

We Hired from Edge-to-Edge due to convenience when staying at the Skotel. The staff were kinda pushy in renting us their more expensive equipment and their rental cost seemed high (hired snowboard and boots for 9 days from mcewings south island and it was only $171 NZ). I would probably recommend hiring from somewhere else since the overall experience/price was not great. Maybe try hiring on the mountain.

Things to see and do

Below is a list of things that we did or would have liked to do, there could be better stuff to do at each place but this gives you an idea.
Hamilton
We found there wasn’t much to do in Hamilton for sight seeing and there didn’t seem like much of a night life except for Sky City Casino (then again we were there on a Sunday night?)
Waitomo
Mt Ruapehu
Rotorua
Auckland
Auckland is yet another large city (similar to Sydney) there is a few things recommend such as the sky jump or sky walk.

If you haven’t done NZ snow I would recommend doing the south island first. Ski fields ranked in order of worth checking out: Turoa (wide open spaces heaps of places to go – good even if it hasn’t been snowing), Whakapapa (recommend the far right hand side – the front is not as fun due to crowding) and Tukino (different but hard to get up the mountain). 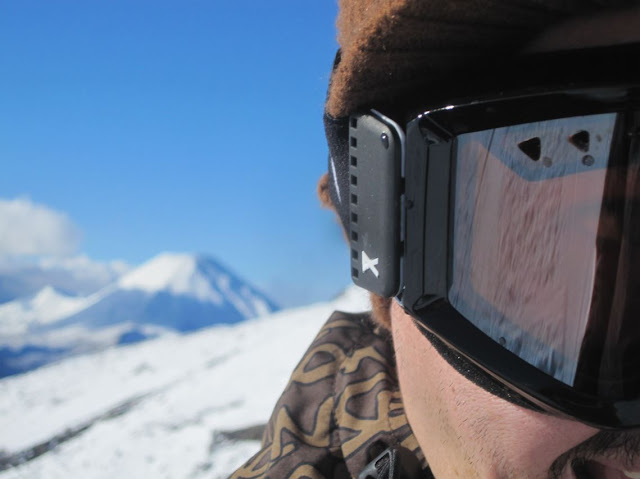